Gas diffusion electrodes are composed of a porous catalyst layer which has been applied on carrier material. The catalyst layer, which conducts electrons, catalyses an electrochemical reaction between the liquid and the gaseous phase. Thus, gas, electrolyte and the catalyst must be contacted. It is the so-called three-phase boundary on which three aggregate states (solid, liquid, gaseous) are contacted. 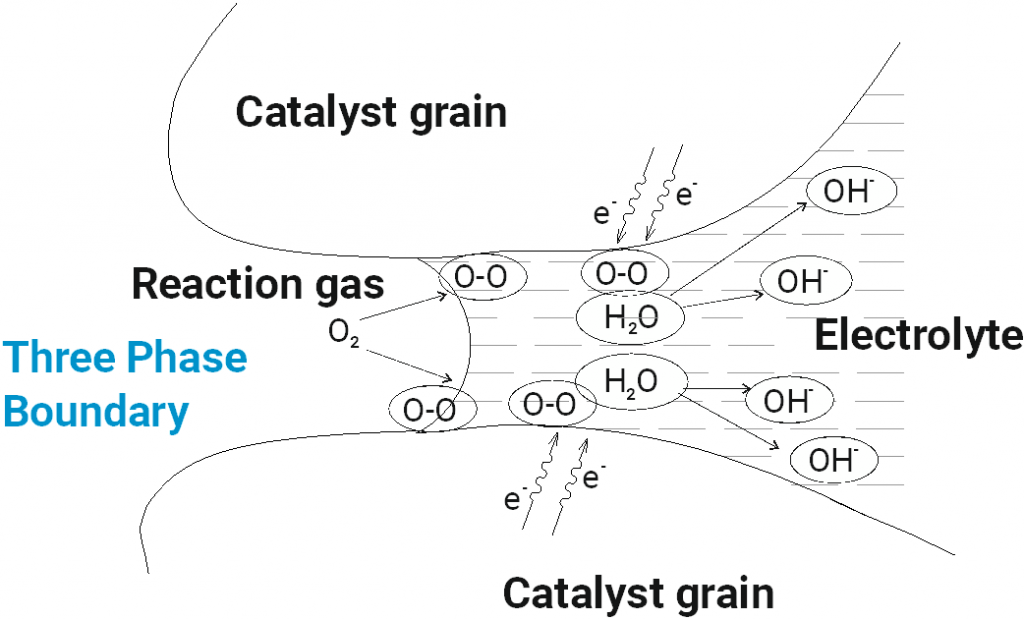 Overview of the catalysts und their range of application

There are appropriate catalysts for different electrochemical conversions.

What is a gas diffusion electrode?

The BiPlex gas diffusion electrode is characterized by its porous electrode structure. Typical fields of application are:

The production process allows the use of different catalysts:

The catalyst layers are applied on woven metal nettings or carbon fleeces. They can be combined with porous PTFE-foil and/or microporous separators. Thus, we are able to develop and produce gas diffusion electrodes adjusted according to customer requests.